- The Dream Lives On

- In the Heat of the Night

- And The Road Begins

All DynaBrass CD's are $17 each (includes shipping).

To order your DynaBrass CD, send a check or money order to: Joe Zalewski

For more information, please email your questions to  jzalewskitpm@msn.com

Currently based in Toledo, OH, The DynaBrass is an IPA & USPA award winning Musical Group that performs Polish American Polka Music. The DynaBrass was originated by Jeff Mleczko and has been performing at Polka Festivals and venues throughout the USA and Canada for more than 25 years.

Currently, Jeff Mleczko is not performing with The DynaBrass due to medical reasons. The band continues to perform in Jeff's absence under the interim leadership of Joe Zalewski. 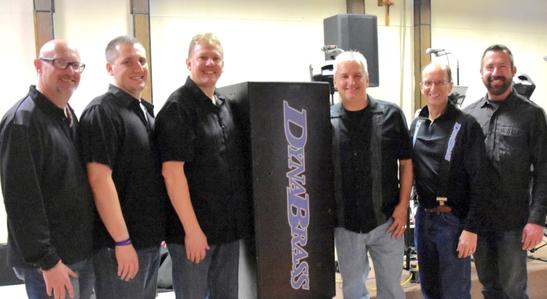 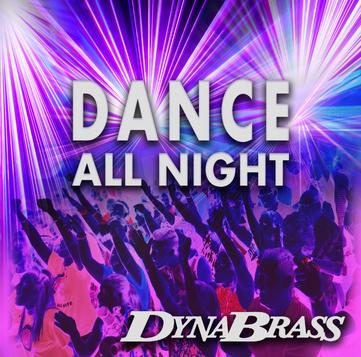 Toledo, OH, December 24, 2019: The DynaBrass will be starting a new recording project in January at Peppermint Productions in Youngstown, OH. The Recording entitled "20/20 Polkas" is scheduled for release in April 2020.

Toledo, OH, December 10, 2019:  Holy Toledo Polka Days is scheduled for April 17 & 18, 2020. Holy Toledo '20 will be held at the Renaissance Toledo Downtown Hotel, located at 444 N Summit Street in Toledo, Ohio.  This Polka festival will feature the some of the top polka bands in the industry, including The DynaBrass, Lenny Gomulka & Chicago Push, The Knewz, Michael Costa & The Beat, John Gora & Gorale, Polish Connection, and Polka Country Musicians. For more info - www.holytoledopolkadays.com

Toledo, OH, June 12, 2018:  The DynaBrass has won the 2017 United States Polka Association (USPA) Award in 2 categories; Song of the Year and Recording of the Year.

The awards were presented at the 42nd annual USPA Awards Banquet on Saturday May 26, 2018 during the USPA Convention & Festival held at the Holiday Inn in Independence, Ohio.

The awards will be presented at the annual IPA Awards Banquet on Saturday September 1, 2018 in Cheektowaga, NY.

Toledo, OH, June 15, 2017:  TOPOMO Records is excited to announce the release of “Dance All Night” a new full length recording by The DynaBrass. This new CD was recorded at PowerBox Studio in Ridgeville Corners, Ohio.

This new CD is a collection of 15 songs, a dozen polkas, two obereks and a waltz. This studio project features 10 songs never previously recorded by a polka band, including 7 originals by The DynaBrass, which gives this recording a fresh new sound. You will certainly find some polka favorites on this disc, such as “Playboy Polka”, “Out Til Dawn”, “Please Stop The World”, “Left Handed Oberek” and “Another Good Old Polka Medley”.

Joe Zalewski and Ted Lange teamed up for several original songs including “Follow Me To The Party”, “You Are Always With Me”, “A Bottle of Red Oberek”, “Hands Of Time” and the new DynaBrass break song “Follow Me To The Bar”, which is guaranteed to leave you walking away singing Bar, Bar, Bar, Bar. AJ Zalewski worked with Ted and Joe to pen another original (his first) entitled “A Simple Love”.

Other songs that will grab your attention include Dale Kivinen’s rendition of the Tracy Bird hit “Holdin’ Heaven, an Alabama classic, “Old Flame” and Isla Grant’s “An Accordion Started to Play Waltz”.

How to Purchase the CD:  Anyone interested in purchasing the new DynaBrass CD can do so by mailing a check payable to "TOPOMO Records" c/o Joe Zalewski, 5524 Ginger Tree Lane, Toledo, OH 43623. The “Dance All Night” CD’s are $18 each and the price includes shipping and handling.